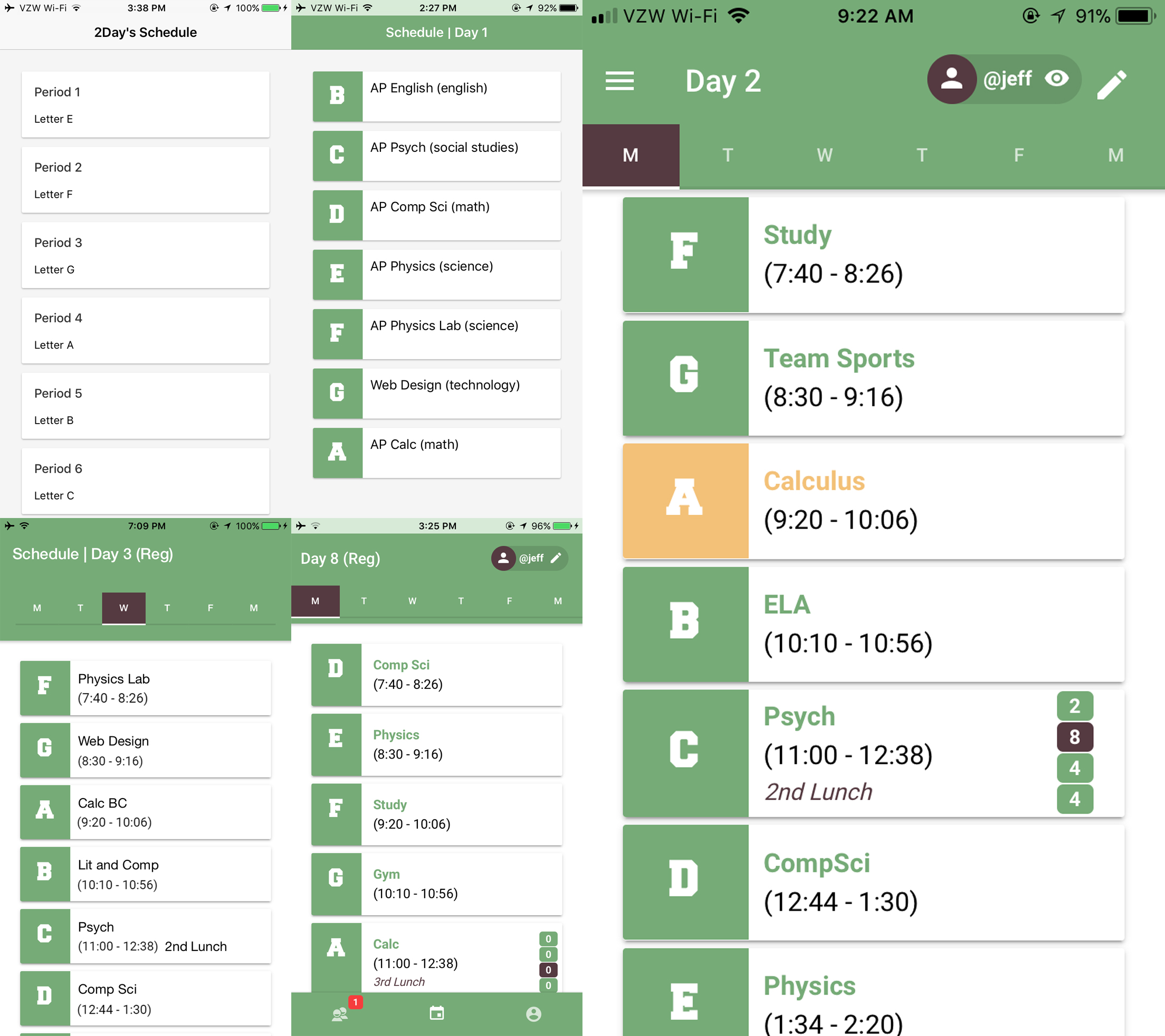 Featured above is a picture of all the versions of OneDay (including the embarrassing phase of it being called "2Day"). The newly released OneDay 6 is on the right, bringing real-time notifications, an in-app store, transcripts of the morning announcements (students complained they couldn't hear it over the loud speaker at school), and homework tracking.

I first created OneDay intended to be a gimic used by myself and some friends. A neat party trick. I expected it to gain traction with maybe a handful of students. I never could have imagined just how wrong I was. Within weeks of releasing, OneDay was used by over a hundred students, 10% of the student body. Shortly thereafter, it was covered in a news segment by the school press, and I found myself in a meeting with the principal to discuss the potential of OneDay being a longterm part of Nashoba culture. The app was officially endorsed by the administration in a briefing going out to the Nashoba community, and the app just kept growing. It now sits at nearly 4,000 downloads, with hundreds of students using the app on a daily basis. I have continued to expand the power of OneDay well beyond schedules, taking on issues like remembering and crowd-sourcing the homework, connecting students together in ways never before seen at Nashoba. OneDay is now running its second year at Nashoba, but this is the first year that it is running controlled by a web application I developed that automatically learns and predicts the schedule, getting smarter and more accurate with every coming day. I am proud to have had such a positive impact on the students of Nashoba, giving back to a community that has given me so much.